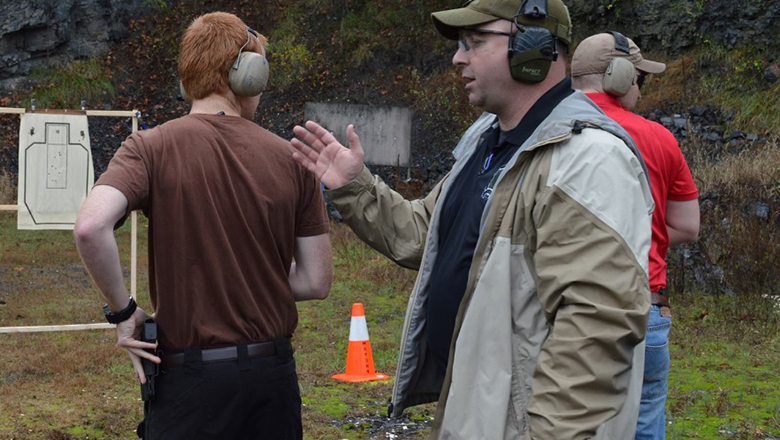 Interactive seminar that will focus on teaching individuals concealed carry techniques and the four step draw for drawing a pistol safely from a strong side concealed hip holster.  Participants will also gain knowledge, and develop skills on dry fire techniques that they can practice in the comfort of their own home.

Brett Harnish enlisted in the United States Marine Corps in 1994 and was commissioned in 1996.  After serving as a member of Battalion Landing Team 3rd Battalion, 8th Marines with the 26 Marine Expeditionary Unit Special Operations Capable (MEUSOC) in 1999 during U.S. and NATO peace enforcement operations Kosovo, Brett left the USMC and joined the United States Border Patrol. While serving as an agent with the Border Patrol, Brett was promoted to the rank of Senior Border Patrol Agent and had the opportunity to work as a FLETC certified Firearms Instructor. During which time, Brett honed his career as a professional firearms instructor.   After 6 years in the Border Patrol, Brett joined the Herndon Police department located in Northern Virginia. Where he served as a Senior Police Officer and agency appointed firearms instructor.

An injury received in the line ended Brett’s law enforcement career before full retirement when he had to have his lower three vertebrae fused. He is now a full time contract firearms instructor for several Government Agencies. In 2015 Brett began working as the lead firearms instructor for Green Ops which offers professional quality defensive firearms instruction to United States Citizens, Law Enforcement and Military personnel for pistol, shotgun and carbine platforms.  Green Ops presents training throughout Northern Virginia at multiple locations and across a handful of states, including offering training classes at the NRA HQ Range located in Fairfax, Virginia.  You can find information on Green-Ops courses and their schedule by visiting www.green-ops.com.