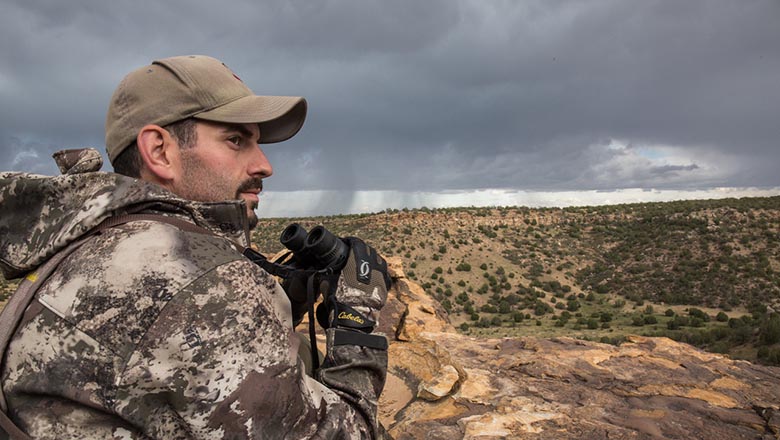 Mark Peterson will present the best international locations and species to hunt for first time international hunters. He will also go over the process for picking the best outfitters and locations.

Mark has been hunting his entire life, a hunting & outdoors television personality for several years, and is an avid conservationist. He firmly believes in hunting as a means to bringing people together, and his youngest child is eager to be the next generation of Peterson hunters.

Growing up near Lake Michigan, in the rolling hills of Oceana County, Mark developed a love and passion for hunting and the great outdoors at an early age, fostered by his father, who was an avid wingshooter. Starting at age 4, Mark went wilderness camping with his father in 12” of snow during January. With only a candle for heat, Mark listened to hunting tales from around the world and dreamed that someday he would create stories of his own.

For the past two decades, Mark’s hunts have continued in his native Michigan but also expanded to other areas around the world. In 2013, he completed his Grand Slam of North American sheep.

In early 2013, Mark decided to leave his family’s fruit farming and processing business to turn his passion into his full-time job. Mark now spends about two-thirds of his year out in the field. When he’s not in the field, he is building his businesses. He is now Co-Owner & CEO at Worldwide Trophy Adventures, Co-Owner of Rusted Rooster Media & Hatch Marketing Group, Co-Owner of Whitaker Brothers Hunting Company, Co-Owner of Salt River Outfitters, Co-Owner of Goose Haven Canada, and part-owner of The Wildlife Gallery. He is also the Host of Cabela’s Instinct: Expedition Series on The Sportsman Channel. He is currently working on his Super Slam and aims to complete it in a few more years. He continues to hunt with his father, who has appeared on Mark’s television shows with him. And soon, you’ll see 3 generations of Petersons out there, hunting and enjoying the outdoors together.

© 2023 National Rifle Association of America, General Operations. This may be reproduced. This may not be reproduced for commercial purposes. Corporate Ethics • Privacy Policy