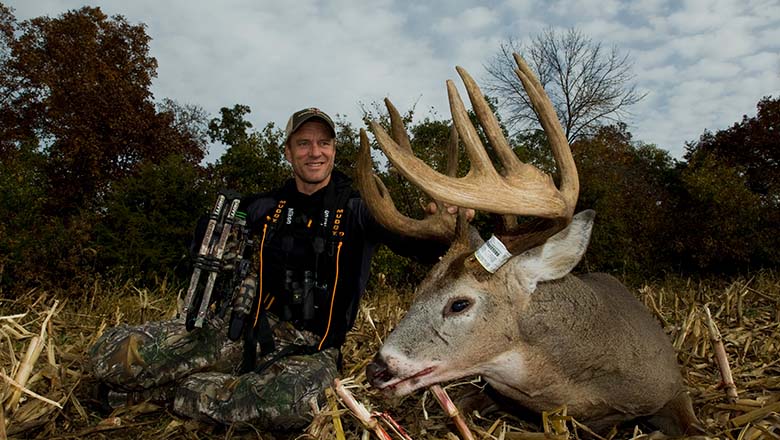 Bill will cover the finer points of one of the most revolutionary hunting techniques in the last 20 years. Using trail cameras to select, pattern and hunt one specific buck.

Bill Winke has been writing for hunting magazines for 25 years.  He specializes in articles about hunting strategy - primarily whitetail deer – and assembling, tuning and shooting archery equipment.

Despite a humble, small farm upbringing, Bill has had the amazing opportunity to hunt deer in sixteen states and three Canadian provinces as part of his dream outdoor profession.

In 2008, Bill introduced MidwestWhitetail.com, an online hunting show that has become very popular.  In 2010, he also began producing Midwest Whitetail TV for The Sportsman Channel, which won “Best New Series” that year.  In 2011, 2012 and 2013, Midwest Whitetail won Best Big Game Hunting Show and in 2014, it won Best Educational Show.

In 2016, Bill and his team stopped producing the network TV series and focused their efforts on creating an all-digital series called Chasing November.  This new series is available for viewing on-line on the Midwest Whitetail YouTube channel and on streaming media devices connected to televisions, such as Roku, Amazon FireTV and AppleTV.

“The Midwest Whitetail web shows will never go away,” Bill said.  “That near-live story-telling format is what we enjoy best, but we felt we needed something that was all-digital to stay up to date with current technology.  That is why we created Chasing November.”

Bill earned a degree in mechanical engineering from the University of Iowa in 1986, spent four years working in the aerospace industry in Kalamazoo, MI and now lives on a farm in southern Iowa with his wife Pam, their 18-year-old

© 2023 National Rifle Association of America, General Operations. This may be reproduced. This may not be reproduced for commercial purposes. Corporate Ethics • Privacy Policy